Making a Name for Yourself

The Nameless One, Good ol’ TNO, is the predetermined protagonist of Planescape: Torment. And I bet he is really wishing I wasn’t behind the wheel right now. I will blame most of my errors on the pain medication I’ve been on from my recent dental issues (I guess Morte wanted an upgrade on his chompers.) I do have hazy memories of hacking my way through the Mortuary, leaving a trail of Dustmen behind me – and, I should add, those bastards should be grateful that I helped them shuffle off this existence of suffering.

After a rocky start, a few deaths, and my eventual freedom from the grand deader processing centre of the Hive, I found myself facing a newly enhanced version of a classic and wondered where it would take me.

If you are long in the tooth like myself, you owned this gem when it first came out in 1999. Then you likely picked it up again when it hit GoG a few years back. And now, here we are, buying a third version of this venerable game. And honestly, it’s worth it, if only to make sure people know there is a market for classic game rereleases. There’s a lot to be said for being able to play a stable copy of something that innovated a genre, and that perspective can really help the game designers of today.

Now Beamdog has the reigns, and along with the other enhanced juggernauts they have released, Planescape finally emerges. I imagine there were some arrangement between Beamdog and inXile over this one. The rumours of this Enhanced Edition have been floating around for some time, and for it to be released so soon after the release of it’s spiritual successor? Well, I suspect that’s more than mere coincidence. 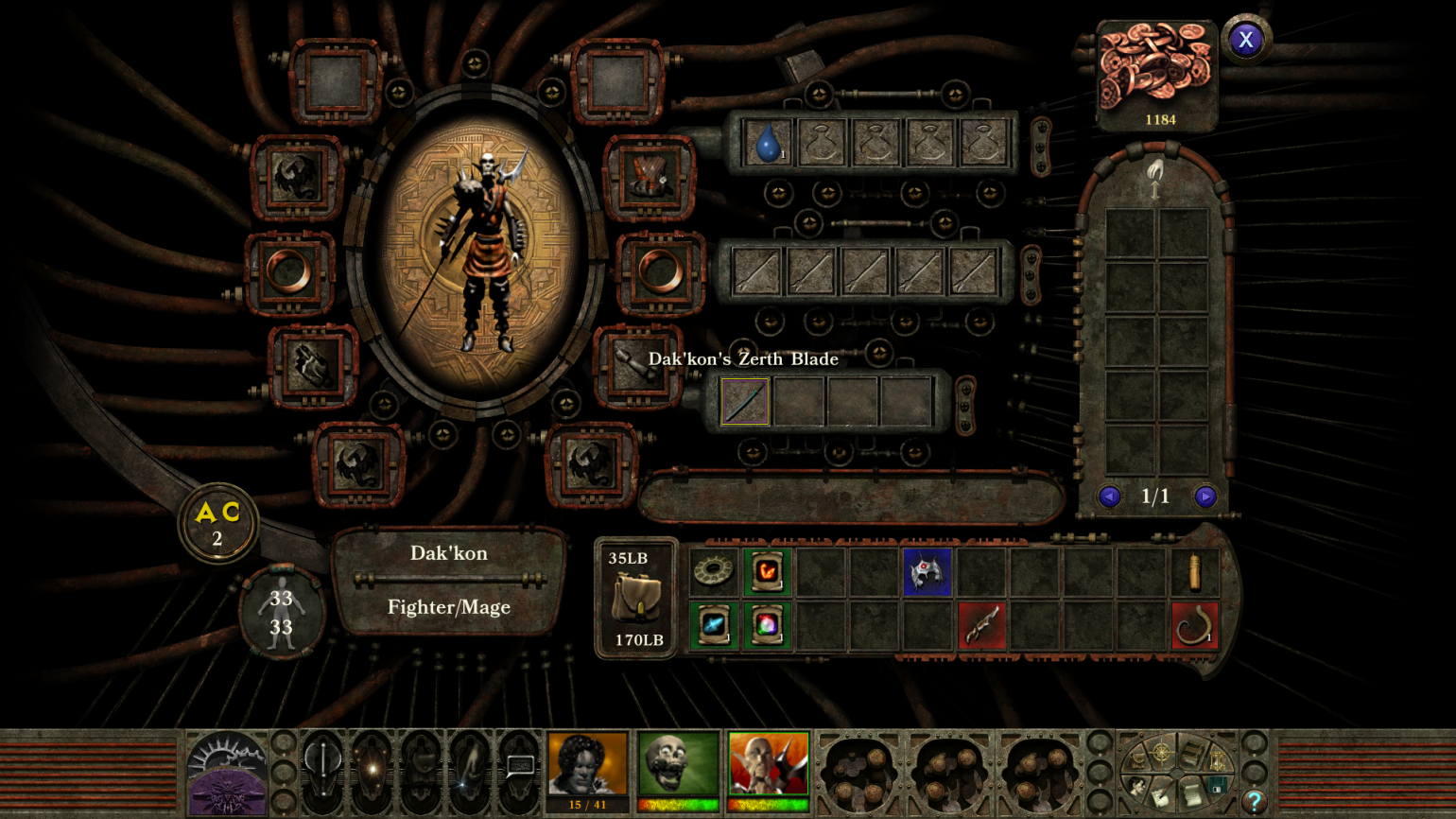 Beloved But Not Beyond Reproach

It was the late 90’s. A simpler time of gaming. The idea of a digital library for our games was a sci-fi concept, let alone the ability to download gigabytes of information so quickly. Day one patches were only a fevered dream of some baby developer and the games that were released were usually the ones we were stuck with. And boy, were we stuck with Planescape: Torment.

Don’t get me wrong; it deserves its nice, juicy 91 on Metacritic. But the release version of the game had some serious game-breaking bugs. Quests that would mess up, corrupted saves, and the game just locking up randomly to name a few. Even GoG’s release was still riddled with bugs, and needed to be patched to be playable. Thankfully there was an extensive and helpful community on the GoG site that could help people get their kit setup.

But nostalgic urges rarely work well like that. You have an urge to revisit something, and when you find it more of a hassle than pleasure, you are likely to just pass it over. Every time I had my GoG version ready to play, I was already over the game.

For those new to this piece of gaming history. Planescape: Torment is an isometric CRPG. Combat is frantic, the AI pathfinding is not the best, and using skills or abilities that are not hotkeyed can be a pain. Thankfully the game is pauseable. This was a real genre defining game; it focused on story, and your character’s struggle with his own immortality. In fact, dying was an integral part of the game. While there were some notable situations that could end the game for you, in the end defeat in battle was a very low risk.

For sure, Planescape: Torment is viewed as a game for players who like to read lots of dialogue, and who like their choices to have meaning. Every action you take shapes your concept, and while you discover who you are, you also struggle to find out who you were.

So that brings us to the Enhanced Edition. It works. Really well. I’ve reached almost 15 hours in to my bumbling TNO journey and I’ve yet to encounter a bug, crash, or broken quest. Seems the vast majority of the features they have added, are on a toggle. So you can flip them on and off at your leisure.

But what is more, there have been a few additions that really stand out. Pressing Tab to highlight objects for interactivity is fantastic – it’s now so much easier to find objects, quests, and little details you may have missed. Also high on the list is quickloot option – a single button that opens a window showing any treasure nearby on the ground. Very helpful in many cases. Very few would argue against the claim that Planescape: Torment was a landmark game for the industry. It changed how we looked at not only Roleplaying games, but video games as a whole. The idea your character could die and it was no biggie was mind blowing, and the discovery that there were fates worse than death in a video game was profound. Touching such a sacred part of our beloved history is always a risk, and Beamdog has caught flak for things before. But trust me when I say, the enhanced edition isn’t just a nice edition, it’s essential.

It takes a classic game and makes it playable again. While not a remake or remastering by any stretch of the imagination, the game looks great and plays well. People thinking this will be on par with game standards of today are going to be disappointed, but Beamdog meets them halfway. This version of the game adds several missing things, now considered quality of life standards, that allows the game itself to be experienced flawlessly. The most important aspect is it is blessedly playable now.

The idea of playing for 8 hours straight with no problems still makes me giddy. The people at Beamdog have taken a timeless classic, and restored it to be enjoyed for a new generation of gamer. So, I need to get back to hauling TNO and friends around the Cage, with the knowledge the game will not implode on me… Unless it is the story result of my own in-game shenanigans.

Note: This game was acquired from the developer as a press copy and was not purchased by this site.